ESSC CEO Mark Whitley joined actor, comedian, Easterseals Disability Film Challenge Founder, and ESSC Board Member Nic Novicki, and ESSC Chief Development Officer Nancy Weintraub at the Sundance Film Festival in Park City, Utah this past weekend. They were there at the invitation of the Sundance Institute to promote the 2018 Easterseals Disability Film Challenge and talk about diversity, inclusion and changing the ways people with disabilities are portrayed in film.

Nic was an incredible spokesperson for the Easterseals Disability Film Challenge and made a presentation before a panel discussion at a reception sponsored by Google, DIRECTV & AT&T, where he announced that this year, the film challenge is partnering with the Bentonville Film Festival. The festival takes place in Bentonville, Arkansas in May and was founded by Academy Award-winning actress Geena Davis to champion inclusion in all forms of media. Finalists from the film challenge will be announced live at the festival, and their films will be screened for festival audiences. Check out Nic’s announcement below!

Nic was also invited, through entertainment website IndieWire, to be a guest speaker for Adobe’s #diversevoices, a film project Adobe is sponsoring to share passionate views about diversity in film. Nic discussed the importance of including people with disabilities and highlighted the Easterseals Disability Film Challenge.

The Sundance Institute is very interested in continuing to partner with Easterseals to bring the inclusion of individuals with disabilities front and center at the film festival. Conversations will continue to take place throughout the year to see how Easterseals can be further highlighted at next year’s event.

ESSC Chief Development Officer Nancy Weintraub concluded that “with continued open and honest dialogue with the film industry, we can ensure that disability stories are being told in the most authentic way possible, more actors will get cast in roles about characters with and without disabilities, and more workers with disabilities will be employed behind the camera. Easterseals is grateful to the Sundance Institute for including us in this important discussion and looks forward to our continued participation in the coming years.” 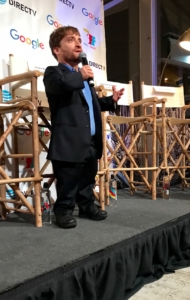 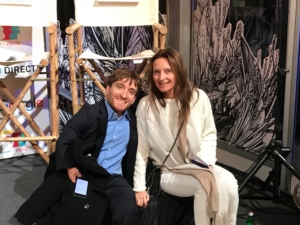 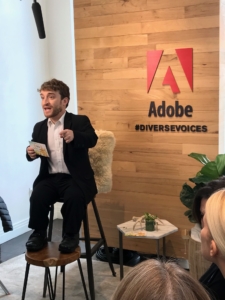