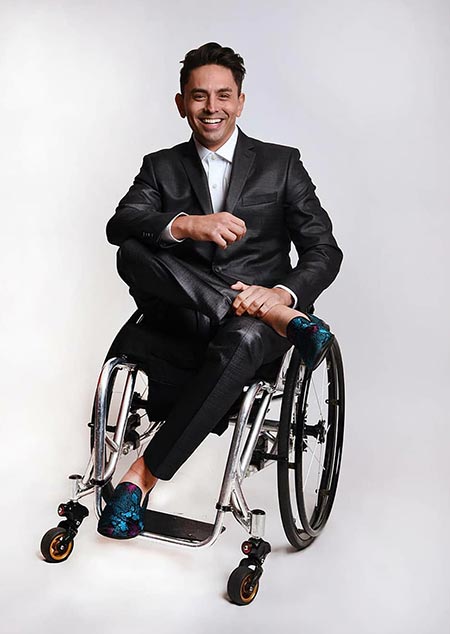 Danny J Gomez guest starred in NBC’s New Amsterdam.  He credits the the Easterseals Disability Film Challenge for helping to kick-start his acting career, starring in film challenge winning films Check Mate in 2018 and in I/O in 2019.  At the 2018 film challenge awards ceremony he was spotted by his current talent agent Gail Willimson at KMR.  When talking about the film challenge awards ceremony Danny said “That moment marked the first time I saw myself in a new and positive light; something I hadn’t felt since before my accident. The energy from the audience in that theater made me feel proud to be connected to a group of people who represented diversity and disability inclusion.”