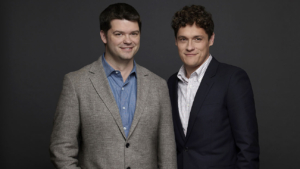 Phil Lord and Chris Miller met back in college at Dartmouth and have been friends ever since. They gravitate toward directing and writing animated films that push boundaries both visually and in storytelling. They like to tell stories with positive themes that reinforce the importance of collaboration, inclusion and just being kind. They have a number of blockbuster successes including: Cloudy with a Chance of Meatballs, The Lego Movie series and last year’s Academy Awarding-winning Best Animated Feature Spider-Man: Into the Spider-Verse. 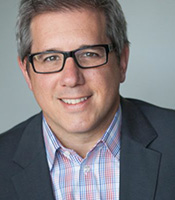 Roy Ashton is the Head of the TV Literary & Packaging Dept. at The Gersh Agency. Ashton functions in all areas of Television, helping clients sell shows and package projects at the major networks, major cable and premium cable outlets. Some of the shows he has been involved with include CASTLE, GAME OF THRONES, BLUEBLOODS, THE KILLING, FALLING SKIES, THE MIDDLE, POWER, and many more. 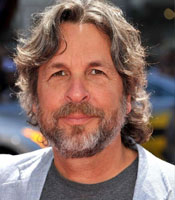 Peter is a world renowned director of famed hits such as “Green Book,” There’s Something About Mary”, “Dumb and Dumber”, “Dumber and Dumber To”, and “Me, Myself, & Irene”. 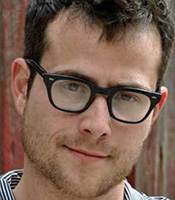 Max Borenstein is an American director and writer of “Godzilla” and “Seventh Son”. 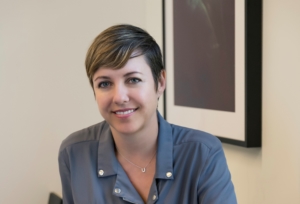 Bec Smith is Bec Smith is an agent at United Talent Agency representing screen writers and directors. Her clients include directors Garth Davis, David Michôd, James Ponsoldt, Mia Hansen-Løve, Lake Bell, and Joshua Oppenheimer (THE ACT OF KILLING) along with screenwriters Luke Davies and Frank John Hughes. She is also a member of United Talent Agency’s Independent Film Group, specializing in film finance and sales. Titles she has worked on in this capacity include I Feel Pretty, Unabomber, Mary Magdalene, The Circle, Landline, Diary of a Teenage Girl, Margin Call, The Spectacular Now, The Skeleton Twins, In A World, Beginners and Animal Kingdom. 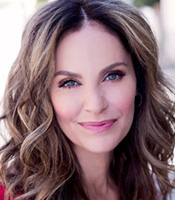 Amy Brenneman is an award-winning actress, writer, producer, and activist. A founding member of the Cornerstone Theater Company, which specializes in original theater centered on themes of social justice, Amy created and starred in Judging Amy, based on the work of her mother, The Honorable Frederica Brenneman. Other TV: NYPD Blue, Frasier, Private Practice and The Leftovers on HBO. Film: Heat, Friends and Neighbors and Casper.

For her activist work, Amy has been honored by Women in Film, The Feminist Majority, The Brady Center, the League of Women Voters, the California State Assembly, the National Children’s Alliance, the Chime Institute, Children’s Hospital Los Angeles, the Help Group, the Producer’s Guild of America, among others. 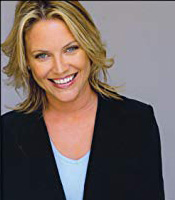 Erin O’Malley
Erin O’Malley is a producer and production manager, known for productions such as “Curb Your Enthusiasm”, “The New Girl”, and “Da Ali G Show”. 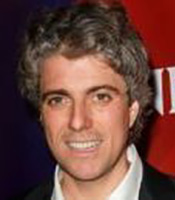 Scott Silveri
Scott Silveri is a veteran television writer and producer, known for Friends (1994), Perfect Couples (2010) and Speechless (2016). Born and raised in Yonkers, New York, his earliest credits were NBC’s Mad About You and Friends, where he rose through the ranks to Executive Producer, receiving the Emmy award for Outstanding Comedy Series. He co-created the show’s spinoff, Joey.

Recent work includes the NBC series Go On, starring Matthew Perry, which Scott created, and Perfect Couples, co-created with Jon Pollack. At Twentieth Century Fox Television, Scott developed numerous projects and served as Executive Producer on the pilot for Fox series The Grinder. He is currently Executive Producer on ABC’s Speechless, which he also created.

Scott attended Harvard University where he served as an editor of the Harvard Lampoon. He resides in Los Angeles with his wife, Shana Goldberg-Meehan and their children. 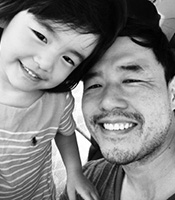 Randall Park
As an actor, writer and director, Randall Park is fast becoming one of the freshest and most in-demand faces in Hollywood with his extraordinarily diverse skill set and wide-ranging background in both film and television.

Park can currently be seen in the third season of the hit ABC comedy series Fresh Off The Boat as Louis Huang, the patriarch of a Taiwanese family adjusting to a new life in Orlando in the 1990s after moving from Washington D.C. Based on the memoir of chef and restaurateur Eddie Huang, the half-hour, single-camera comedy is the first network television show to focus on an Asian American family in 20 years. His work in the series earned him a 2016 Critics Choice nomination for best actor in a comedy series.

On the big screen, Park recently appeared in Universal’s Trainwreck, directed by Judd Apatow and starring Amy Schumer, Tilda Swinton, and Bill Hader. Later this year, Park will be seen in Office Christmas Party, The Untitled Mother/Daughter Project from Amy Schumer starring Goldie Hawn, The Hollars, directed by John Krasinski, co-starring Anna Kendrick, Margo Martindale, Richard Jenkins and Charlie Day. It was recently announced that Sony Pictures Classics acquired the rights to The Meddler, an upcoming American comedy-drama film directed and written by Lorene Scafaria. Park will star alongside Susan Sarandon, Rose Byrne and J. K. Simmons. The film is set to be released on April 22, 2016. Park will also appear in The Disaster Artist with Zac Efron, Alison Brie, and James Franco. The film is set to be released in Fall 2016.

Park’s previous film credits include The Interview, in which he starred as “Kim Jong-un” alongside Seth Rogen and James Franco; the box-office hit Neighbors, alongside Seth Rogen and Zac Efron; Sex Tape, opposite Cameron Diaz and Jason Segel; They Came Together; The Five-Year Engagement; Dinner for Schmucks; Larry Crowne; The Good Doctor; and Fragments. Park’s other TV credits include Veep; The Office; New Girl; Curb Your Enthusiasm; House; The Mindy Project; Cold Case; CSI; Reno 911!; Wild N Out; and The Sarah Silverman Program.

Park won a ‘Best Actor Award’ at the 2010 NBC’s Short Cuts Film Festival for the short Blueberry, which he also wrote. He is also the recipient of the 2011 CAPE ‘New Writers Award’ for an original pilot he wrote entitled Erasists. Park is a constant presence on the web and is a frequent contributor to the monthly web series showcase and competition Channel 101, created by Dan Harmon (Community) and Rob Schrab (The Sarah Silverman Program). His work can be found on www.randallparkplace.com.

Park currently resides in Los Angeles with his wife and daughter. 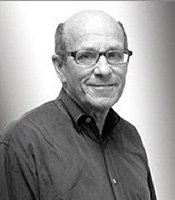 David Isaacs
David Isaacs has worked as a TV and Film Writer / Producer for over 40 years. Along with his writing partner Ken Levine he has written multiple episodes and served as Producer or Creative Consultant for series such as M*A*S*H*, Cheers, Wings, Frasier and Becker. He co-created the CBS series Almost Perfect and served as Consulting Producer on Mad Men. 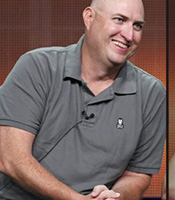 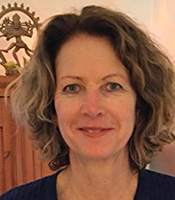 Lynn Hendee
Lynn Hendee is a producer who has produced big Hollywood productions such as “Ender’s Game”, “A Midsummer Night’s Dream”, “The Tempest”, “In My Country”, and “Making Mr. Right”.